Here you can compare prices on rental cars in the town of Marina di Massa, region Tuscany, Italy. When you rent a car from us, there are no surprises awaiting you when you pick up the car on your arrival. Nearby are car rental companies like Thrifty, Sixt, Avis, Budget, Hertz, Europcar. Prices include any airport fees, free mileage and obligatory insurances, taxes and fees etc. Autoitaly.co.uk can help you find cheap rental cars online. 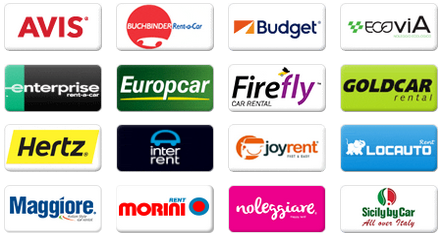 Search for a city or an airport and choose your destination from the list. If you search for a country or an island, auto suggestion will list the largest airports in that country. Search and book in advance if you want an extra-large car and/or extra options such as booster seat, car seat, infant car seat, GPS, tow hitch, roof rack etc. It is also possible to rent a car for one way drive in Italy, called a one way rental. You collect the car in one place and return it somewhere else, e.g. another city or country.

Find the best prices for rental cars online. Comparing prices online can be very profitable, many smaller companies can otherwise only be booked on site. Comparison of rental cars and car hires from several businesses in the town of Marina di Massa, Italy. Rental cars are available at Marina di Massa’s travel centre, train stations (Stazione di Massa Centro, Carrara San Martino railway station and Stazione di Camaiore Lido) and airports like Massa Cinquale Airport, Pisa / S. Giusto and Lucca-Tassignano Airport, QMM. A car hire service where every cost is included, no hidden fees and free cancellations/amendments up to 24 hours before you pick up the car. Easy and safe online booking of rental cars. Search for a city, airport etc. and choose a pick up place. We compare these companies in Marina di Massa or in Tuscany, Emmerent on Via Aurelia Ovest 235 Massa, Win Rent on Via Martiri di Cefalonia 33 Massa, Colonnina di Ricarica 22kw Emmerent on Via Aurelia Ovest 235 Massa, Gruppo Emmerent on Via Aurelia Ovest 235 Massa, Emmerent Info Point on Via San Leonardo 503 Massa.

Marina di Massa is a town in the municipality Province of Massa-Carrara, Tuscany region, Italy. 467th largest city/town when it comes to inhabitants in the region and the 9884th largest town/district in Italy. With a population of around – people in 2015. Whether you are visiting the town Marina di Massa just for one day or for a longer period, there is plenty to do. Read more further down. Larger neighbouring cities/communities are Livorno (c. 153800 pop), La Spezia (c. 88500 pop) and Lucca (c. 81700 pop). Smaller communities, villages and suburbs nearby are Ponsacco, Monsummano Terme, Pescia, Torre del Lago Puccini, Massarosa, Marina dei Ronchi, Capanne-Prato-Cinquale, Tombara and Piano. The community and town is about 3 meters above sea level. Find out more about the car hire companies in Province of Massa-Carrara.

Tips and suggestions on places, events, activities, museums, attractions, experiences and tips on destinations you can visit during your stay in Marina di Massa, can be found here. Do you need a car for a golf trip? Golf courses close to the community are Forte dei Marmi Golf Club 6 km, Sarzana Golf Club 12 km, Circolo Golf Marigola 18 km and Golf Club Alisei 12 km. Parco Giochi Gomma Piuma are theme parks, water parks or amusement parks nearby. If you are looking for experiences and activities for the family. Centro Commerciale MareMonti are malls in the city if you want to do some shopping.

Relaxing and beautiful green areas, parks and plantings worth seeing are Park conigli. A day for relaxing and sunbathing on the beach at Spiaggia Marina di Massa and Spiaggia Forte dei Marmi. They are all close to the town. Città di Carrara and Roman amphitheater of Luni are close by if you are interested in the exciting history and archaeology of the area. Exciting antiquities, cultural heritage, ancient relics and older buildings that could be worth seeing are Area archeologica e sistema museale dell’antica città di Luna and Roman villa of Bocca di Magra. Palazzo Ducale, Villa Massoni and Palazzo Binelli are exciting, older, magnificent buildings such as mansions and palaces nearby. Want to look at the domiciles of the city’s old rulers? Exciting castles such as, Castello di (Castle) Lerici, Castello Malaspina and Castello di (Castle) San Terenzo are located close to Marina di Massa. Visit the towns beautiful and old strongholds, fortresses and forts like, La Cittadella – Fortezza Firmafede and Fortezza di Sarzanello.

Are you planning a wine tour and tasting in Marina di Massa? Some of the vineyards and wine producers that are close to the the town are, for example, Vinicola La Baia Del Sole Di Federici G. & Bosoni, Cantine Lunae Bosoni and Della Mezzaluna. Close to the town centre there are athletic fields and sports fields such as Tennis Club Marina Di Massa. Watch the local team play? Or see a concert? Watch football? Close to the town centre are the Stadium Oliveti.